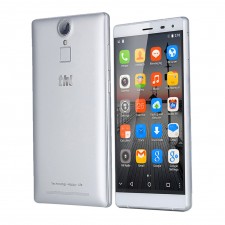 THL makes a splash with release of their powerful and feature filled T7 mobile phone. A detailed review of the latest from THL.

THL may be one of the newest of the respected Chinese phone makers but already they have carved out a niche for themselves in the crowded mid-range phone market. Rather than try and chase the high end producers or play price wars with the low price makers, THL – Technology Happy Life is the mid-price maker with the happy name and some powerful contenders for the market. The THL T7 is a great example, it has features expected at its price point such as an excellent 5.5 inch display and powerful MTK CPU as well as some surprises such as its simple and accurate fingerprint scanner that are typically reserved for higher priced phones. At around $170 USD, the T7 is already turning heads as a full featured, high quality release.

The look and shape of the polymer chassis might remind one of the smooth looks of the Lenovo K4 and the fit and finish is admirable. It leans towards the bigger size and has a significant weight of 203g but this is not out of the question considering the T7 is sporting a 5.5 inch screen and a 4800mAh battery. The sides have a light texture and are slightly rounded for comfort. The phone is easy enough to handle, is quite scratch-resistant and the choice of colors is refreshing featuring silver or a very cool blue color that challenges the typical white and black colors that dominate the market.

The display is a very impressive 5.5 Inch IPS, capacitive touch screen with a resolution of          1280x720 pixels. The screen stretches nearly edge to edge and it appears crisp with nice color saturation. When tested the display worked well for both fast and slow scrolling and clear animations and video.

The T7 features a superb 16MP rear camera with LED flash and auto focus. One the front side there is an 8MPcamera which is a delight for a phone at this price and excellent for high quality selfies. Both cameras perform well in a variety of conditions and the front camera was a special surprise.

The T7 enjoys power and speed from a 64bit an octa-core MT6753 CPU clocked at 1.3GHz and a big3GB of RAM. The ROM internal storage capacity is 16GB, but it can be upgraded to 48GB using a TF card. A Mali T720 GPU is responsible for graphics and this video powerhouse provides plenty of great gaming and video capability for the T7. TheAndroid 5.1 Lollipop operating system is a familiar friendly interface and the phone has many useful apps preloaded.

The 4800mAh battery is a pleasant and powerful surprise at this price point. One begins to wonder if any corners were cut at all with this phone! It certainly isn’t the biggest on the block but for those who are looking for extended use time between charges the 4800 will be appreciated. As testedthe phone performed heavy use for one long day and standby times come in at a long 2 or 3 days. Normal users may get 2 days between charges and the THL T7 includes a typical 1Amp charger with an Euro plug adapter.

Extras and other features

The Touch-ID 360 degree fingerprint scanner is the real star of this show and it works excellently. Setup is simple and quick, it can handle multiple IDs and the capture performance is very impressive. Even when trying to trick it with sloppy finger placement the T7 let the right finger in. It has a nice feature that vibrates the phone when it unlocks which could be useful for accidental unlocks.

A ton of extras are never expected at this price point and the T7 includes just the basics: phone, charger, USB cable, and eject tool. Good enough but THL could sway some potential buyers with some bonus items in the future.

There is a lot to like about the THL T7, it impresses with mid-to-high specs, a better than average front camera and a respectable 3GB of RAM. Its performance is more than acceptable and special features such as the excellent Touch-ID fingerprint scanner put it a cut above the rest. At its price range, it is hard to beat and the THL companycontinues to impress.

Get notified about new releases.